St Lawrence College opened on 27 October 1879 at Dane Park House as South Eastern College, with just 5 pupils, as an Evangelical establishment with the purpose of combining “careful religious training with a sound, liberal education”.

Of the founders, the most significant were Dean Payne-Smith of Canterbury, Mr John Deacon (Chairman of Deacon’s Bank) and the Rev J B Whiting (Vicar of St Luke’s, Ramsgate). In October 1884, when a new Main Building was opened, the number of pupils had risen to 125. The first headmaster was Rev E C D’Auquier, a Huguenot who had come to England as a young man, and to whom the setting up of the Junior School should be credited. The first Junior School Headmaster was Mr R E Fiske.

In Rev D’Auquier’s day, the Sunday Junior School uniform for boys was Eton suits and top hats. Until a temporary chapel was built, the boys attended morning service in St Luke’s Church. In 1887 Queen Victoria’s Golden Jubilee was enthusiastically celebrated at St Lawrence College and the grounds were thrown open to all inhabitants of St Luke’s parish to enjoy afternoon tea and an open-air concert.

In 1889 D’Auquier resigned and Rev E H Askwith was appointed to replace him. He introduced a number of liberal reforms but was “shy of parents”. He was replaced with Rev F W Tracey in 1891 and the College was incorporated as a Public School in 1892. An extension was added to the Main Building in 1896 and the four Houses and a Cadet Corps were created by Tracey. Sixty acres of land were purchased, thus providing the school with excellent playing fields. The carpentry and metal workshop was built as well as the perimeter wall and the Junior School subway. In October 1905 the Archbishop of Canterbury opened the Tower (erected in memory of Mr John Deacon), which completed the Main Building of the Senior School.

In September 1906 the College adopted its new name: St Lawrence. “Big School” (the current Dining Hall) was re-built with changing rooms underneath.

In 1916, due to the risk of air raids and naval bombardment during the First World War, the College was evacuated to Chester (and the Junior School to Carmarthen) and the Ramsgate buildings were used as a hospital for Canadian soldiers. Over 140 former pupils were killed during the war and it was decided to raise funds in order to build a Chapel as a War Memorial. The building process commenced in 1926 and the Chapel was dedicated by the Archbishop of Canterbury on 8 June 1927.

The College was evacuated again during World War II; this time firstly to Seaford in Sussex, and then to Courteenhall, Northamptonshire, from 1940 until 1946. The school buildings at Ramsgate were occupied during the War by various Army units, and the hockey pitch was planted with cabbages! During this time, numbers in the Junior School rose and they returned with about 70 boys. Every year, Junior School pupils pick ivy leaves from the building to pin on their blazers for Speech Day – the smaller the leaf, the longer you have been at the school! This tradition apparently arose from the evacuees who took ivy leaves off the wall when they departed to remind them of the school while they were away.

After the war, the ‘Jennings’ author, Anthony Buckeridge, came to St Lawrence College as a master and taught in the school for five years. It was during this time that he began to write wireless plays, sending them to the BBC drama department.

In 1950, the first of more than twenty novels, ‘Jennings goes to School’, appeared. In 2011, Anthony Buckeridge’s daughter, Sally Herrington, was invited to be Guest of Honour at the Junior School Speech Day. Thanks to the support of the Ramsgate Society, she unveiled a blue plaque in recognition of her father’s time at St Lawrence College, which can be seen to the left of the front door to the Junior School.

In 1968 a dozen girls from St Stephen’s school were admitted to the Sixth Form, but it was not until 1978 that a girls’ house, Bellerby, was established in the Senior School. It was not until 1983 that the Junior School opened its doors to girls and the school became fully co-educational. 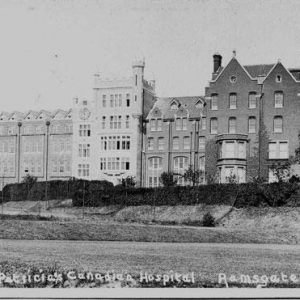 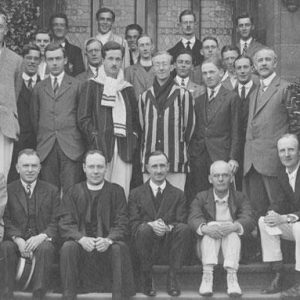 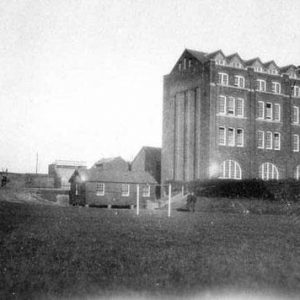 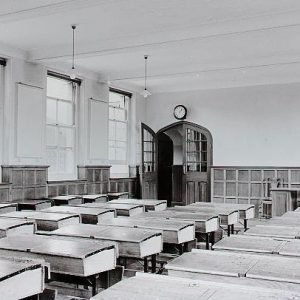 “Merely by keeping my eyes and ears open as I walked around the school and noted what was happening, I gathered a store of material which I could shape to suit the personality of my characters.”

Register your place at one of our Open Events