Boarding is central to School’s life and it is one of our great strengths. Strong pastoral care, high quality teaching and a great emphasis on extra-curricular activity make this a very special community in which to live and learn. A wide range of evening and weekend activities are provided for boarders, along with additional events and fun day trips.

We recognise that our older pupils need more private space in which to live and work, so senior pupils are housed in 4-bed dorms, leading to double or single rooms as they get older. All rooms are en-suite. Plenty of secure storage space for possessions ensures that valuable personal items are kept safe. There are kitchens and tuck shops in each House so pupils can prepare snacks between meals, after sports matches and at weekends.

House Parents and their families live in accommodation within each Boarding House as well as a Resident Tutor. Members of staff are available at all times. The School also has an on-site Medical Centre run by qualified nursing staff who provide cover throughout term-time for all pupils.

All pupils have access to the College IT network and wireless internet access (with suitable controls) to keep in touch with family and friends back home. 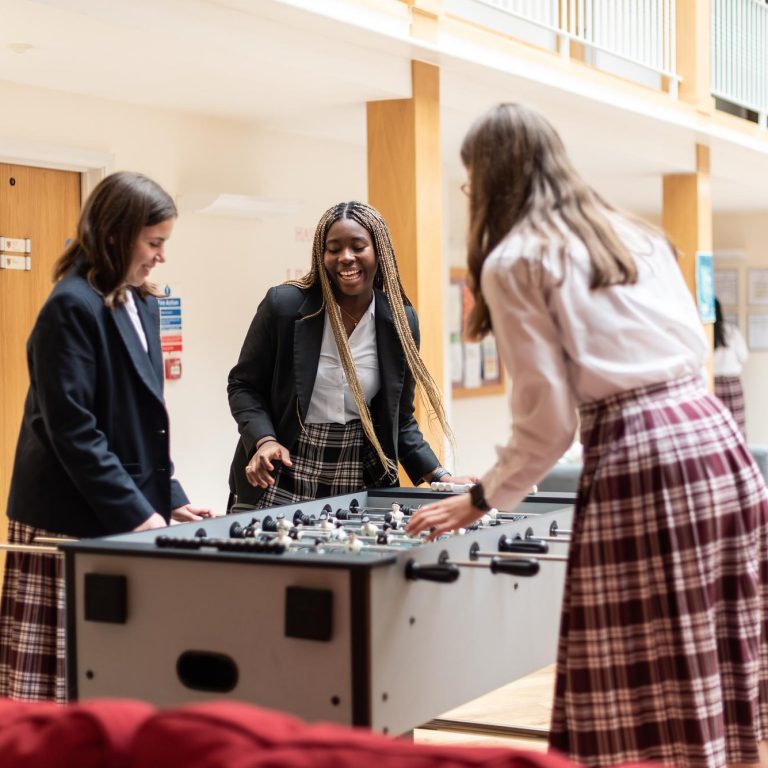 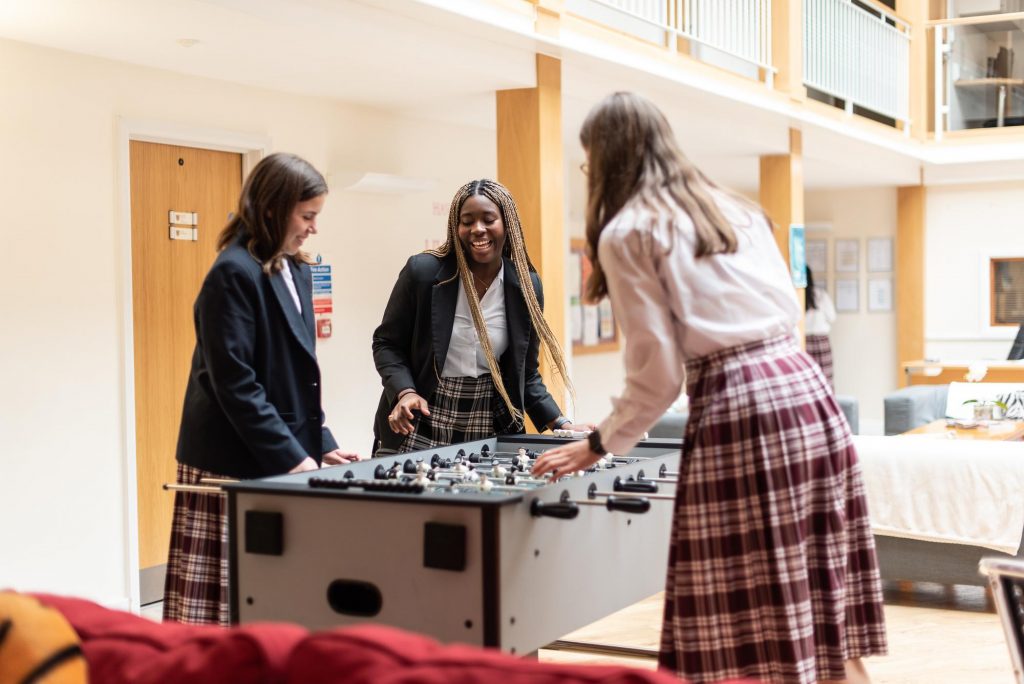 Bellerby is the boarding house for senior girls. It currently accommodates 60 teenagers with an age range of 13-18 years and sits in the heart of the School grounds. The accommodation is split over three floors and has a range of very modern en-suite single, double and quadruple rooms.

The Housemistress, Mrs Andrea Izzard, is supported by a resident Assistant Housemistress and a group of tutors who assist the girls with their academic needs within the school. All staff within Bellerby take active roles in the day-to-day lives of the girls.

There is a very hardworking atmosphere around the House and, because of this, most girls find it very easy to find the right balance between work and play. When the work is done, there is plenty to do in Bellerby House. You might come across the delicious aroma of Nepalese food wafting from under the kitchen door or be invited to sample a spicy delicacy from Shanghai! The joys of Bellerby also include being able to compete in sport, which brings everyone in the House very close together.

Whether winning or losing, there is still a sense of achievement and happiness throughout the House – a real team spirit. This is the same for House Music and House Drama Competitions.

Above all, Bellerby is a happy house and the girls are always ready to welcome new members into their ever-evolving family. 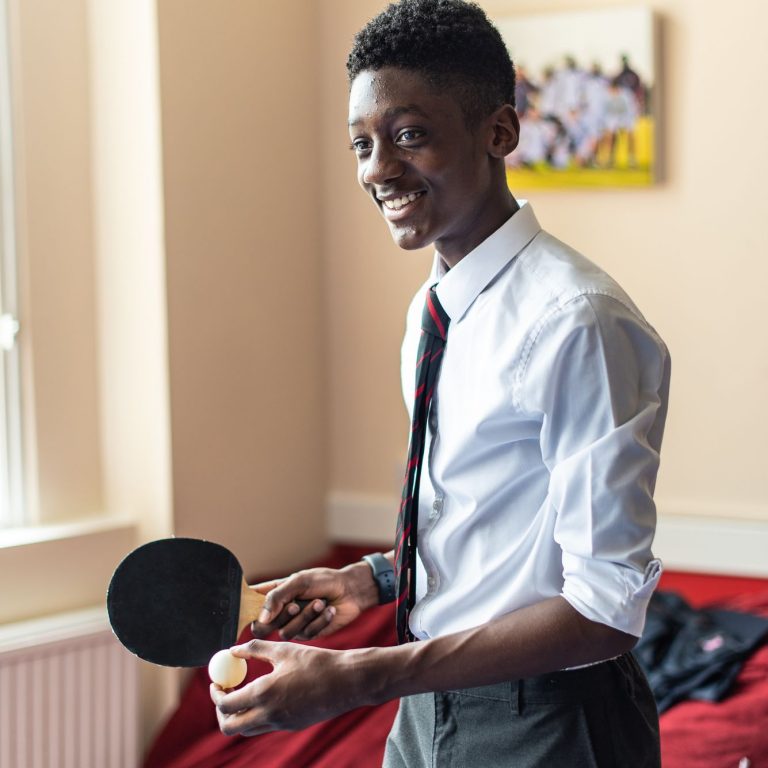 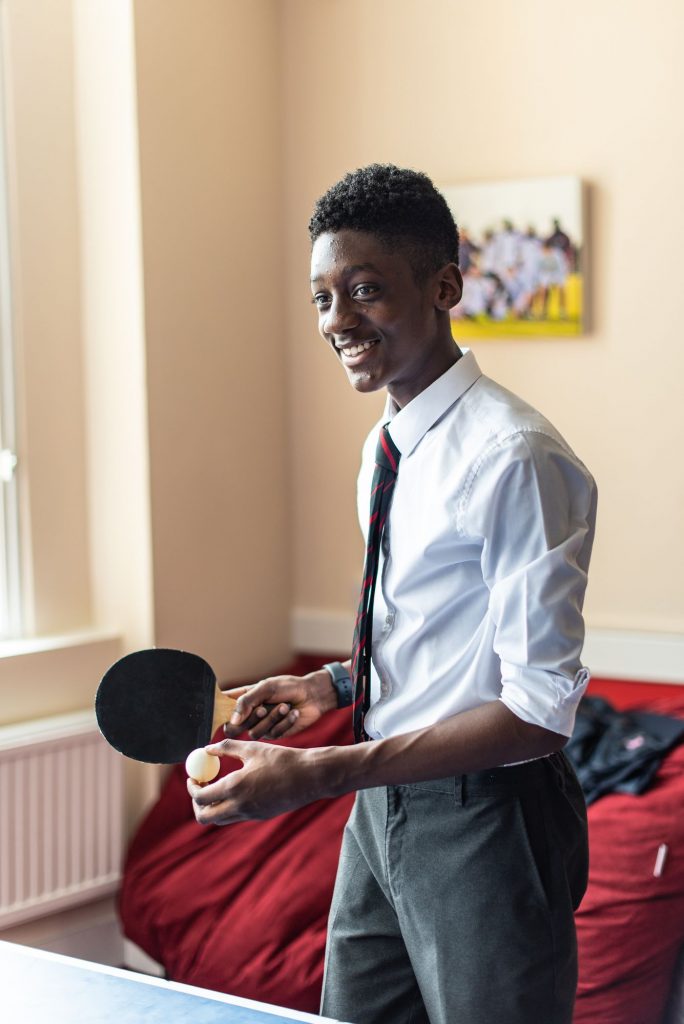 Tower House is one of two senior boys’ boarding houses at St Lawrence College. Located in the beautiful original old building, all of which has been refurbished and updated, the House provides spacious and characterful accommodation.

Tower is a lovely place to live and work for both staff and pupils under the care of its Housemaster, Adam Gunn, Deputy Housemaster, Steve King, and Karen, Tower Matron.

Also in the House are a team of Tutors who support groups of pupils in every aspect of life as a boarder – from the moment they arrive, in the day to day routines, through examinations, their personal life and even beyond. The Prefect Team also act as an important link between the boys and the staff, as do the efficient cleaning team, all helping to ensure that the boys feel they have support available at all times and are safe in a structured and caring environment.

Tower is a small, contained house, and that means all the boys play an active part and are quickly known by all the other boys. This is evident when the whole House takes part in inter-house competitions; Drama and Singing are particular competitive, when the boys compete as a team. However, Science and Sport have also been particularly successful areas for Tower in recent years.

Everyone works together with the aim that all boys have a memorable and successful time in Tower House in every possible way – work, rest and play! 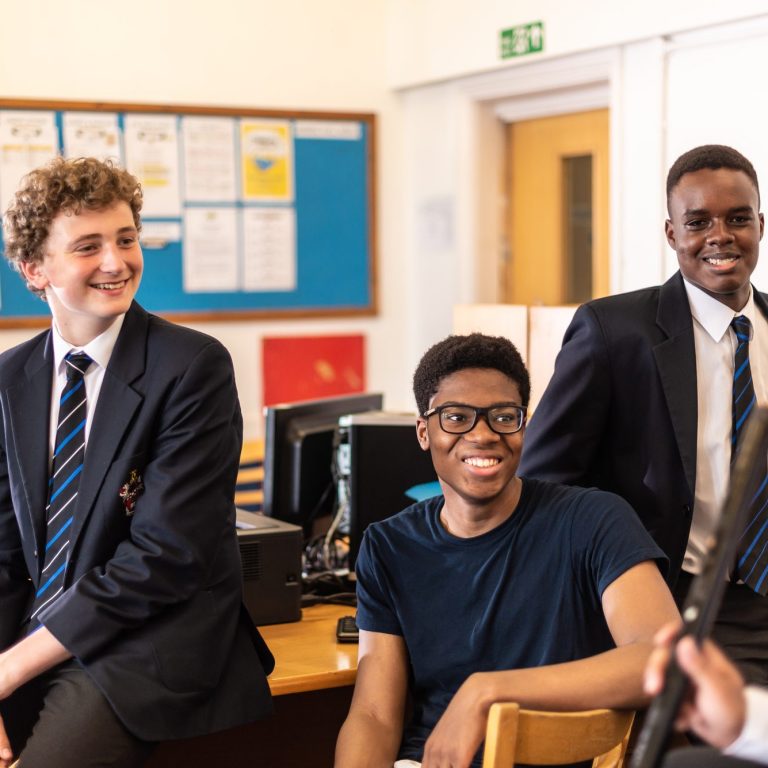 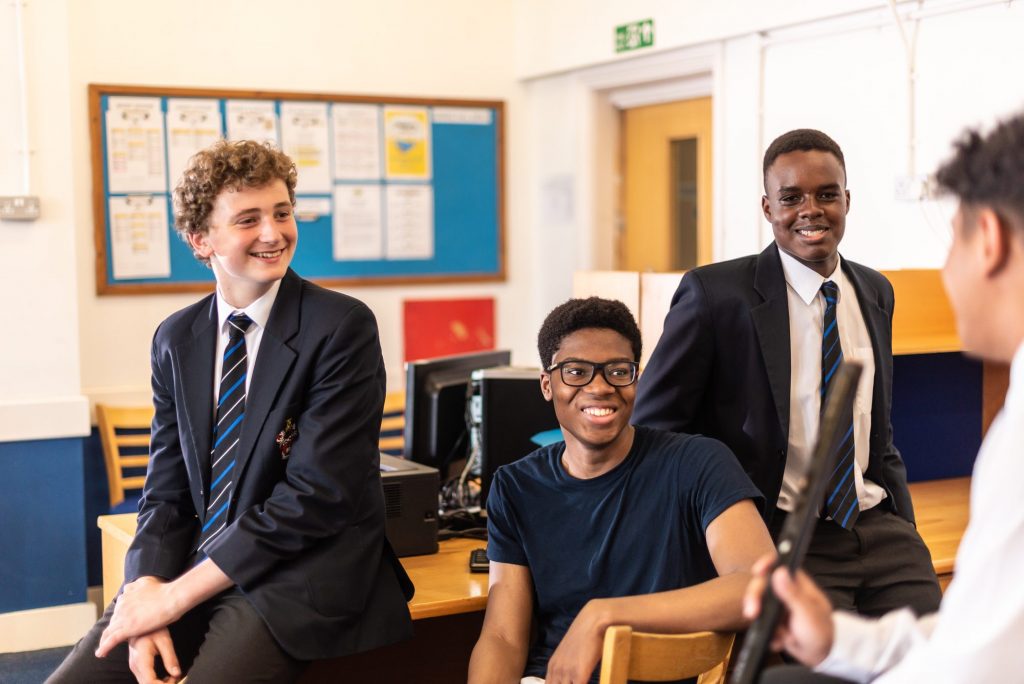 Lodge is a senior boys’ boarding house, accommodating up to fifty-four boys from all over the world. It is one of the oldest houses in the College, created in 1929 from Dark Blue House. It aims to produce boys who put others before themselves through selfless acts of service, charity and humility. This is reflective of its motto “Viam Defendite”, which translates as “Defend the Way”.

The house occupies the top two floors of the large main building, with commanding views of the college campus, across the town and over the channel. We are regularly treated to impressive sunrises and sunsets and on a fine day it is possible to see France. The facilities within the house include two large common rooms and a kitchen.

The Third and Fourth Form boys share dormitories with up to four others while the Fifth and Sixth form boys have twin or individual studies. All rooms are en-suite and are cleaned daily by our dedicated housekeepers and our Matron, Mrs Keenagh, oversees the laundry.
There is a loyal team of house staff. The Housemaster, Mr Sharp, lives in the centre of the boarding house with his family, and he is supported by the tutors; Mr Briscoe, Mr Brooks, Mr Brown, Mr Jameson and Mr Judd.

Lodge takes part in all inter-house competitions and in recent years has enjoyed a three-year winning streak in Drama. Our participation in these is organised and overseen by the house prefect team, a group of Upper Sixth pupils chosen by the staff and students. They also assist staff with the smooth running of the house and most crucially are available to help support and mentor the other boys.

For Mr Sharp the highlight of any week is the weekend. On Saturdays the boys have lessons in the morning and then many compete in matches against other rival schools during the afternoon. Mr Sharp and his family love standing on the pitch side cheering on the boys from the house. After Supper, their flat is open to all the boys where various snacks and an activity are usually on offer, with a particular house favourite being a big game of Uno. Sundays are a day of rest punctuated with Brunch, Chapel, Town Leave, Supper, and usually a film or a game such as Risk or Monopoly!

“The school is successful in providing opportunities for pupils of all abilities to gain academic success and develop their individual talents.”

Join us for our Open Morning