At St Lawrence College Hockey is the performance sport for Girls in the Michaelmas Term, and during Lent Term for Boys.

Having three games lessons a week, as well as two activity lessons, there is ample time and opportunity to develop, whether you are trying hockey for the first time or are a competent player.

An emphasis on learning core skills and gameplay in the junior school proceeds into developing a more fluent technical hockey style in the senior school.

Our Olympic-standard waterbased, sand astroturf and all-weather pitches are used regularly to improve performance and develop knowledge of the game. Other facilities include a state-of-the-art sports centre which caters for indoor hockey as well as regular fitness sessions.

St Lawrence College follows a strong traditional hockey ethos, concentrating on teamwork, leadership and commitment, all of which are taken with pupils when they progress through later life.

We are fortunate to have a number of ex-international coaches and players to inspire our pupils, give a genuine perspective on what it takes to perform at the highest level and who have the technical ability to coach our pupils to the highest levels. Alastair Brogdon, the School’s Elite Performance Director, is one such coach. Alastair competed on the international hockey stage for 8 years, representing England & Great Britain over 150 times between 2008-2016.

The highlights of Alastair’s international career were winning European Gold (2009), Commonwealth Games Bronze (2014) and being part of Team GB’s most successful Olympic team at the 2016 Games in Rio de Janeiro.

At St Lawrence College, we are fortunate to have Mr Huw Stevens (Assistant Coach to both Hampstead and Westminster HC and Trinidad and Tobago) as our head indoor hockey coach. Although the indoor hockey season does not start until after the October half-term, we start training during the previous Summer term and at the start of the Michaelmas Term. We are currently the U16 boys’ National Champions 2020 alongside this our U18 girls have been National Finalists in 2019 & 2020. Also in 2018 our U18 were crowned National Champions, the same year in which our U16 girls reached the National Finals. To be competing on a national stage highlights the strength of our pupils and coaches.

We have a full size indoor hockey pitch in our sports hall, which allows us to train and play matches regularly. We host indoor County tournaments, as our indoor pitch is one of the best in Kent. Premier League Canterbury Hockey Club, who have reached Finals Day at Wembley Arena on multiple occasions, use our facilities in conjunction with Polo Farm to prepare for their indoor hockey season. The indoor hockey season at St Lawrence College is as competitive as our outdoor season, both boasting several international performers in our teams.

Seth Simmons founded the St Lawrence College Hockey Academy in 2014 and, with the help of the coaching team, it has developed a constant stream of young talent ever since. Talented hockey players from both the Junior and Senior School are selected to train on all aspects of the game. The academy is designed to stretch and create focus within the hockey skill set and during the sessions, each player continues to develop both physically and mentally.

We currently boast six members on our coaching staff, with a wealth of knowledge spanning international and national league sides. The programme has developed a number of athletes who have gone onto to perform at county and regional level as well as the school having a long history of international performers. Our aim with these sessions is to provide our athletes with the best environment to develop and reach their individual potential. 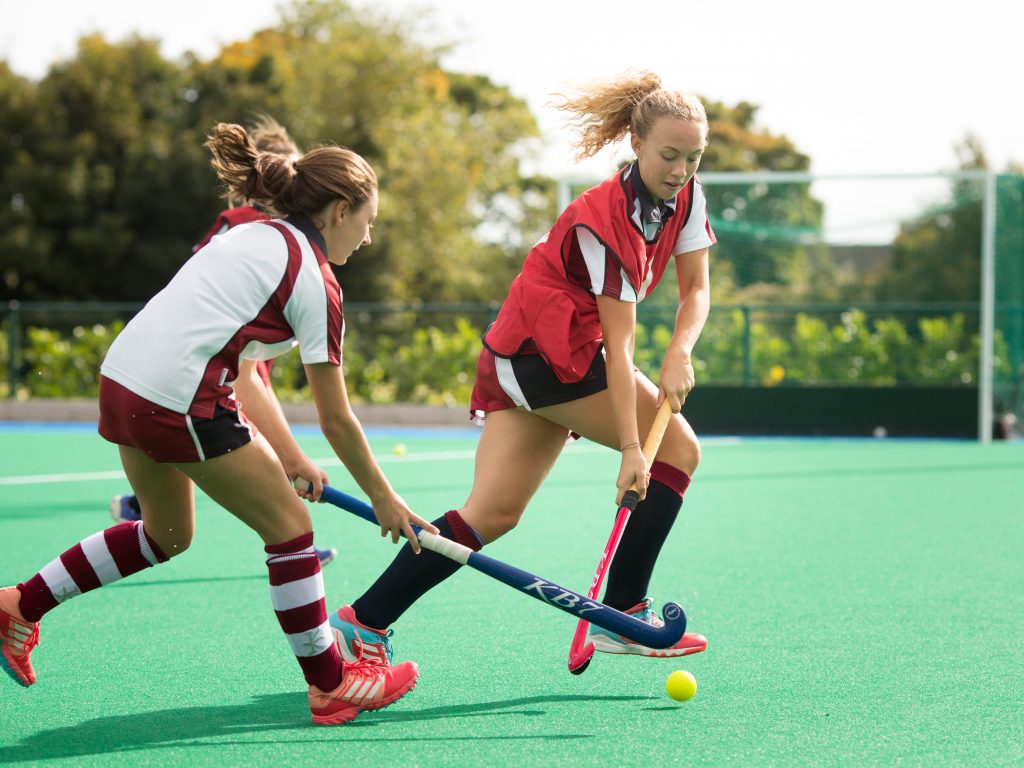 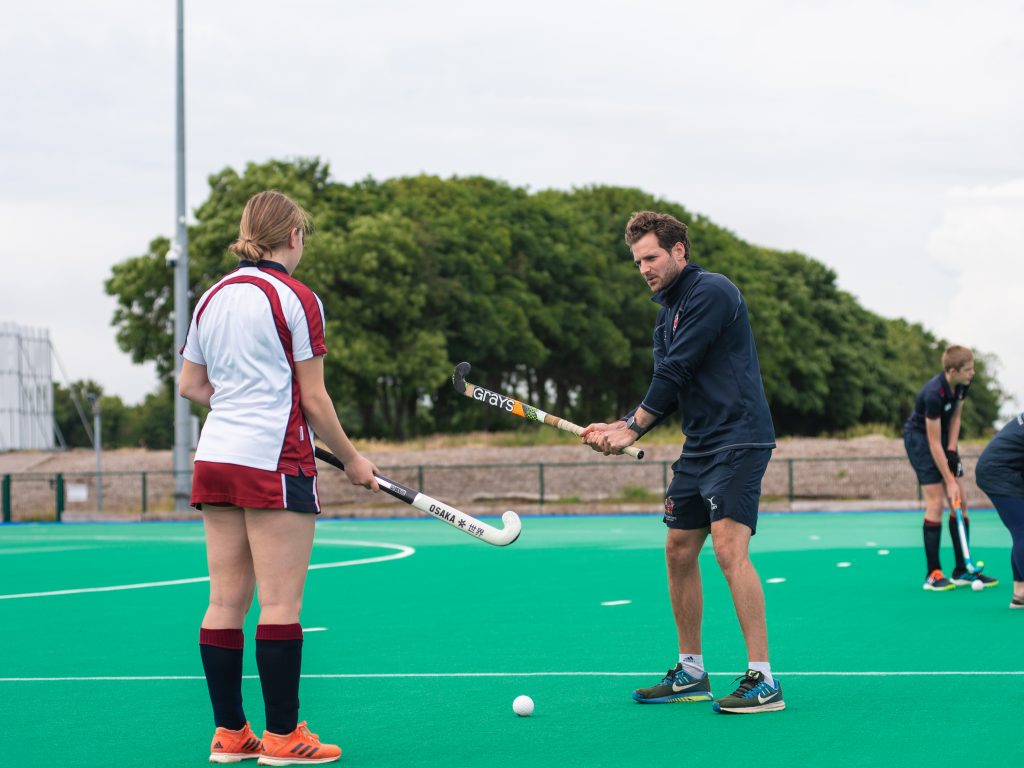 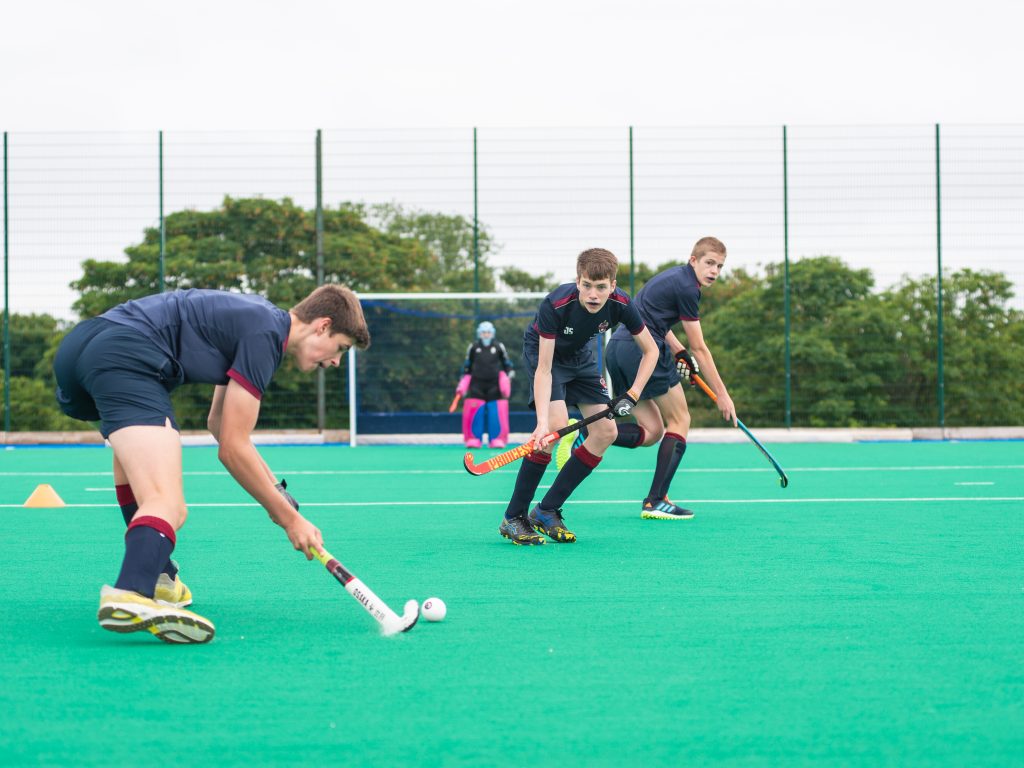 Having played and coached in the Premier League for over 13 years, Huw is a highly experienced hockey coach. At the age of 15, Huw first played for Canterbury Hockey Club in the Premier League and continued to play for them for 11 consecutive years. During this time, he was awarded Young Player of the Year, represented Canterbury at the Premier League Finals day and played at Wembley Arena in the Super Sixes Indoor Hockey Finals. During his school and club career, Huw became National Champion on four occasions. Alongside these commitments, Huw also represented Wales from U16 to Senior International level where he played in the European Championships.

Coaching has always been his passion but once his playing career was over, Huw can now focus all his attention on coaching. Firstly assisting Kwan Browne at Canterbury Hockey Club for two years and then moving to fellow Premier League team Hampstead and Westminster HC where he is currently assistant coach. Huw has also been involved with the England Hockey Single System having been assistant coach to the Saxon Tigers in the 2016 Futures Cup. In 2017 he also became assistant coach to the Trinidad and Tobago national side. In 2019 he Huw coached Trinidad and Tobago at the Pan American games in Peru.

Huw started life at St Lawrence College as a Hockey Coach but has now taken over as Head of Hockey. Huw’s extensive experience at school, club and international level means he has plenty to offer the pupils and the school when it comes to hockey. Huw hopes to maintain and progress hockey at St Lawrence College and is looking forward to the challenges that lie ahead.