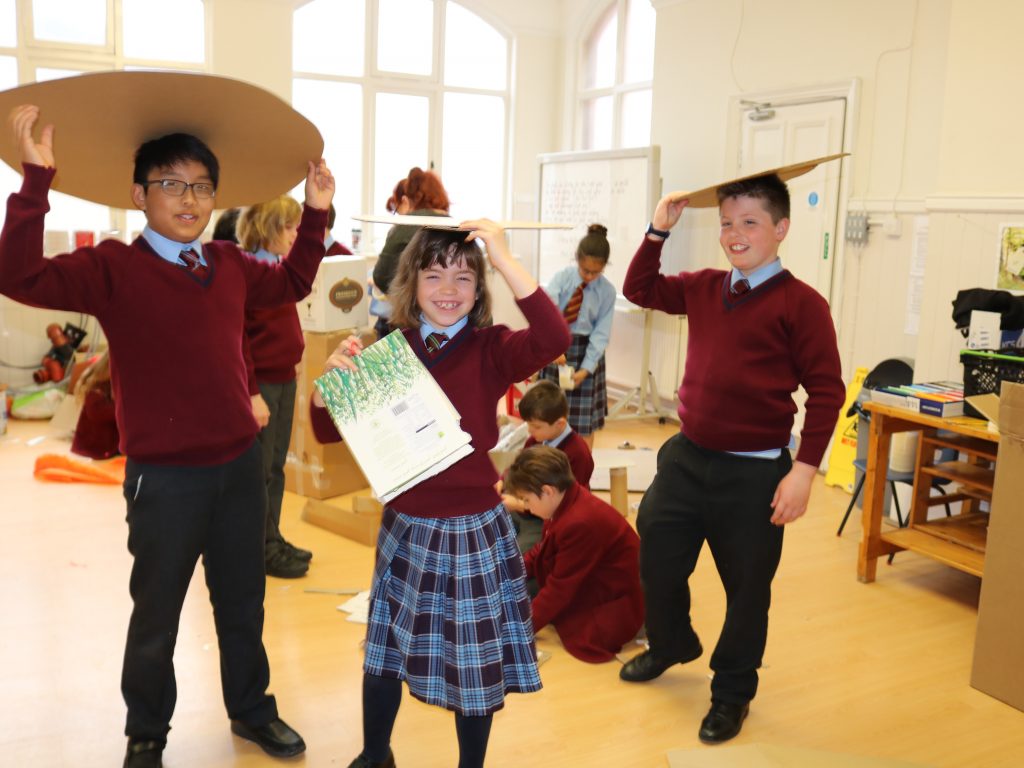 What happens to your body when you push it somewhere it’s not built to go – to the top of the world? As part of SLC Science Week we invited BBC TV / Radio Presenter and science journalist, Greg Foot, to come and tell the story of his scientific adventure to the world’s highest pop-up lab at Everest Base Camp.

All pupils from Year 6-12 attended this highly entertaining and interactive talk. It was a brilliant and inspiring afternoon of science fun and learning filled with an abundance of very interesting facts, including, how beetroot juice could be the answer to coping with altitude and how our DNA can affect how we smell certain substances!

Pupils then had the opportunity to test their knowledge in a fun science quiz, where the winners were announced as follows;

As part of this exciting week of science and technology, Year 7 and 8 (Kirby) teamed up to create an array of research projects to be displayed to their peers and parents at the science fair. Sofia and Tia explained how their group created a hover craft: “Using a balloon, a bottle lid and a CD we were able to make our hover craft travel along the table driven by the air escaping from the balloon.”

There were some fantastic posters on display surrounding the theme diversity, which pupils presented to their parents and staff. Head of Science, Mrs Eleni, explained how Science Week allowed pupils to celebrate the amazing diversity we see across the world – from biodiversity to cultural and societal diversity, from the diversity of knowledge to STEM careers and subjects. These wonderfully detailed posters were all entered into the poster competition.

1st Prize was awarded to Imogen Jackson, Mairead McGrath, Georgina Davis, and Maia Perry for their project “Pollution-Solution”. Mrs Eleni explained that their project was ‘researched thoroughly and detailed, with many interesting facts and use of interactive media too, a very good presentation, excellent collaboration and allocation of tasks between them’.

2nd Prize went to Yau Chi Kit (Nathan) and Seejan Gurung for their project “Hovercraft”, which they had to build, test and improve. They thought about their variables, presented neatly and good collaboration.

Finally, 3rd Prize was awarded to Taejoon Choi, Matthew Dawson, Ethan Dawson and Michael Williams for the “Peg and Pen Drawings for science” activity, for most progress during the project.

As well as learning about the science behind their chosen project ideas, this task also helped the pupils exercise their communication skills. Rowan, one of the pupils from the Peg and Pen group said “We had to work as a team to draw images of DNA using a pen attached to a peg. When we didn’t communicate well with each other about what it was supposed to look like, it didn’t look anything like DNA. The last image of DNA on the poster was clear because we had good communication and were working collaboratively.”

The Junior School Prep pupils took part in an exciting enrichment day based around the notion of STEAM (Science, Technology, Engineering, Art and Maths). This was a chance for the pupils to take charge of the day, using their vast imaginations to create their own futuristic designs.

The end of the day assembly allowed the pupils to exhibit their hard work and explain how their creation would contribute to our future world!