U15 Boys through to semi-final Of NatWest Vase Rugby Competition 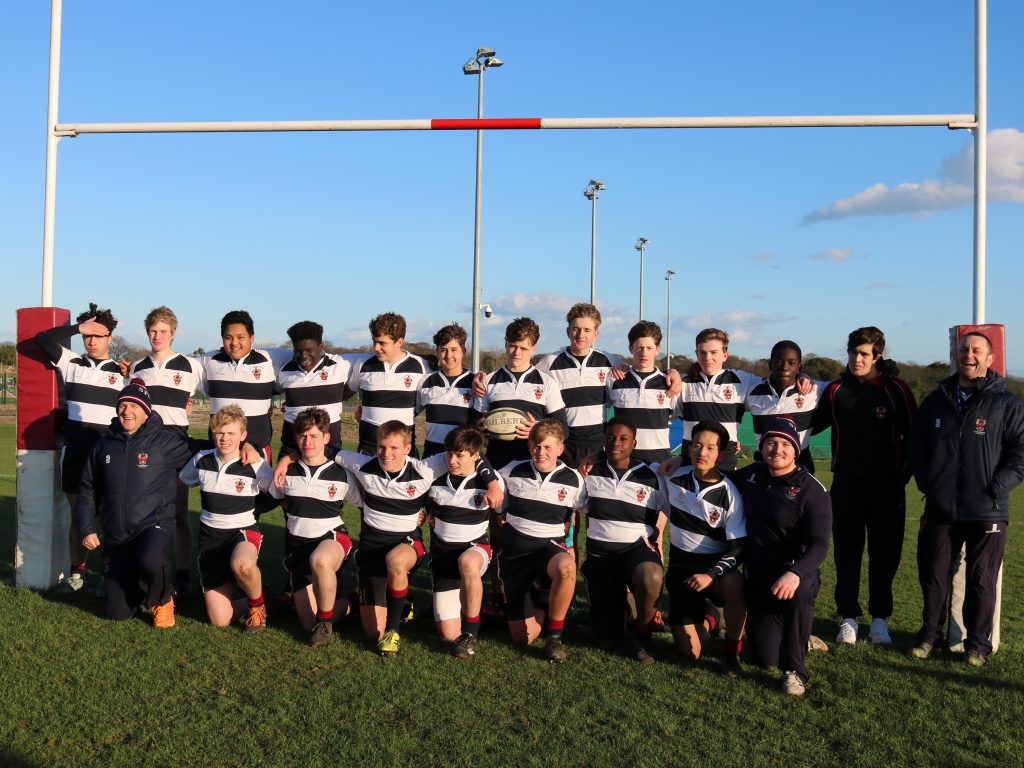 In what was an incredibly pulsating rugby match our U15 boys have made history by beating The Crypt School from Gloucester 20-10 and therefore proceeding to the semi final of the NatWest Vase, taking them within one win of playing on the hallowed turf of Twickenham.

The game started in the worst possible fashion however with The Crypt opening the scoring with a converted try to go 7-0 up after just 3 minutes. Worse was to follow when they kicked a penalty and after just 8 minutes the SLC boys were staring down the barrel. However games can sometimes turn on one bit of brilliance and when Josh Perry collected the ball just inside his own half nothing looked on. However, the Kent sprinter left players in his wake as he ran 50m upfield before a great tackle from the opposition Full Back stopped him. This seemed to be the turning point mentally and from here the boys enjoyed large periods of dominance. The Crypt defence was outstanding though and the SLC coaches knew we had to get something for all this dominance. As the clock ticked towards half time it was left to captain Max Rogers to force his way over the line to make the half time score 10-5 down.

This only tells half the story though as we had been playing into the 50mph wind so it felt like we were actually winning. With the sizeable crowd now getting behind a very dominant SLC team it just seemed a matter of time before we’d score again but this opposition weren’t going to just lay down. Time and time again we knocked on the door only to be repelled time and time again. The one time we thought we’d scored it was ruled out after Jonah put a foot in touch. With just 14 minutes left it looked like we’d run out of ideas until captain Max Rogers once again delivered – scoring a try in the corner. The score now stood at 10-10 but being the home team we would lose if it stayed this way. Again we came back and again their defence stood firm. Then the moment the game changed as we got a penalty inside the 22 but out to right of the posts. Up stepped Thomas Izzard to perfectly bisect the posts and put us 13-10 ahead with 7 minutes remaining.

To put the icing on the cake it was left to Thomas to convert his own try scored in the right corner to put us 20-10 ahead. With just 3 minutes remaining it was just a matter of running down the clock and we were into the National semi final of the NatWest Vase competition.

To put this into perspective on what an achievement this is we just need to look at the size of the schools we have been beating. Our last 3 opposition have had minimum year group sizes of 160 and one well over 200. We have around 35-40 in our year groups. In rugby what we’ve achieved should be impossible but it’s clear in sport nothing is impossible. Success ultimately comes down to hard work and a huge amount of resilience when the going gets tough. This group of boys are now within a whisker of achieving the ultimate rugby dream of playing at the home of rugby, Twickenham. Little SLC once again making the impossible possible!